This Los Angeles native has gone home to do some learnin' about Drupal. Note: this is a heavily dev-based view of the conference. Apologies to frontenders, designers, wombats, etc, but there is only one me and about 10 sessions per slot. For a full list of everything check out https://www.youtube.com/user/DrupalAssociation/videos and https://events.drupal.org/losangeles2015/sessions/accepted.

Excited and ready for the next three days, I arrived bright and early (to beat the LA traffic, which I did!) and got stuck in talking to a table of fellow lone Drupal travellers. Coincidentally one of these people was as Drupaler from Hawaii who built the website for one of the best optical telescopes in the world (Gemini Observatory). "Coincidentally" because after DrupalCon I have booked a holiday/vacation to Hawaii and will visit the mountain on which these telescopes sit. But enough about my Hawaiian holiday, I also came for the Drupal!

Top notch day of talks, I came away from the day feeling quite excited for Drupal 8. I think it will definitely be worth the wait!

How to work with #Drupal8 summed up 1. Extend a base class 2. Tell drupal about it (yml file or annotation) #DrupalConLA @Crell

There is also a lot of buzz for headless or decoupled drupal, and I went to a very enthusiastic talk from @amitaibu and @outlandishjosh who talked about the potential for growth and need for standardisation from this area of development.  I heard what I thought was the best joke of the conference from @amitaibu. But in all fairness I sort of like working with the Form API. Or am I weird?

I went to a good overview of drupal security talk. Sorry about all the gross teeth, but it's a stark reminder.

Security is far too often overlooked and treated as an afterthought, but really it should be something that we are always aware of.  I'll let this next tweet speak for itself...

Security is process that needs constant maintenance like brushing your teeth or else this will happen #DrupalConLA pic.twitter.com/b8ysDSjzIo

Day 2 was a bit of a departure from my pure dev track, beginning with a slightly unconventional keynote about emotional intelligence. The basic argument is that this kind of intelligence matters just as much, if not more so than pure intellect. I agree. Fun fact (for me because I've recently started to dabble in meditation) Did you know that meditating and meditators brains are more connected?  See for yourself (skip to 19 min to get to the start of the talk)

Something about UX and psychology. Interesting. Most interesting was this..

Do people look at carousels? See for yourself #DrupalConLA pic.twitter.com/mEQjW79p97

Back to dev with how, when, and why to patch a module. Here are some highlights in bullet form format.

Really awesome talk about Features in Drupal 8 from Mike Potter, the guy who wrote the module in 1 month. I learned that Features in Drupal 7 was originally intended to bundle re-useable functionality, but since Drupal 7 had no configuration management, it became a tool for that as well. But now since Drupal 8 has configuration management built in (mainly through yml files), Features in Drupal 8 can now be used as originally intended! There is an alpha version of the module now available for anyone to have a play with it. Gone is the confusing language of 'reverts' and 'overrides' and now an easy to understand 'export' / 'import' language is used. Features don't need to be used in production because now when you create a feature and push it up to your live site it becomes an actual module. A new feature of Features is bundles, so you can now group your features into neat little, well, bundles. If you ever wanted to know how you should actually use Features and what is to come in Drupal 8, you should DEFINITELY listen to this talk.

Really eye-opening talk from Mpotter of @phase2 about features in general and in d8, namely, that it works! pic.twitter.com/7oUkA94vzy

Very passionate talk about elastic search from @nstielau and @Tizzo trying to get us to fall in love with it.

But if you're going to just do a search on nodes and want full Search API integration with not much fancy stuff, then it was reluctantly revealed that you're best just to use Solr.

So that's about it, lots of tweets and videos, it's like you were there! 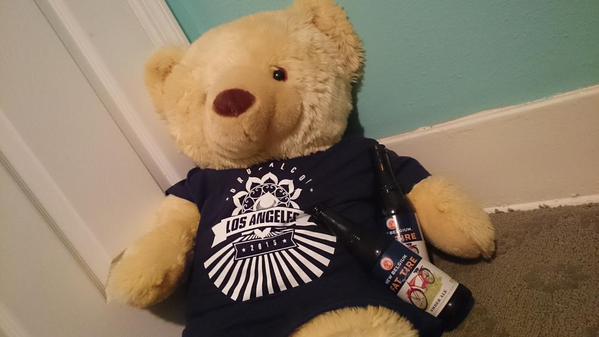 Oh ya and the food..